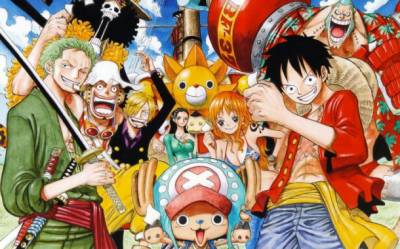 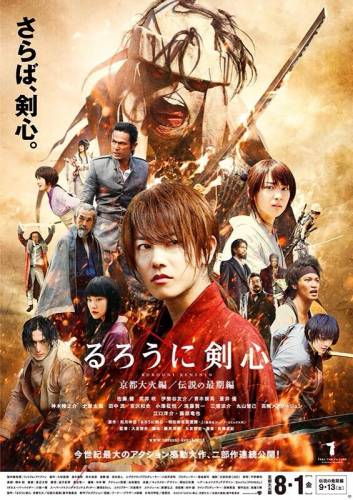 Publicity producer Tokunaga Kimura explained the tagline: "It signifies the end of the Kyoto arc, where Kenshin in his desperate state may not be able to honor his oath not to kill, thanks to the appearance of the most insane enemy — and the parting of loved ones."

This year's combined 22nd/23rd issue of Shueisha's Weekly Shonen Jump magazine is announcing on Monday that Yoshihiro Togashi will resume his Hunter x Hunter manga in the 27th issue on June 2. The tagline for the manga's return reads, "What is being aimed for is darkness. What is being hunted is hope. What blocks the way is endless despair."

Shueisha and Viz Media announced on Tuesday that the manga's return will run in the Japanese and English versions of Weekly Shonen Jump simultaneously. Togashi had gone on hiatus after his longest uninterrupted run of the manga in March 2012. Shueisha shipped the 32nd compiled volume in Japan in December 2012, and Viz Media just released the same volume in North America this month.

The manga inspired two television anime series including one that has been running since 2011. It also inspired two anime films and several original video anime titles. 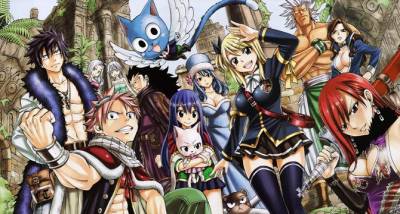 This year's 13th issue of Kodansha's Weekly Shōnen Magazine announced on Wednesday that the new anime adaptation of Hiro Mashima's manga Fairy Tail will premiere in Japan on April 5. New episodes will air on 6 TV Tokyo networks every Saturday at 10:30 a.m.

The original manga inspired a television anime that concluded last March with a "To Be Continued" title card. Weekly Shōnen Magazine announced on January 8 that the anime will return in April.

Funimation is releasing the first anime series on DVD and Blu-ray Disc in North America. Part 8, which includes episodes 85-96, shipped on February 4. 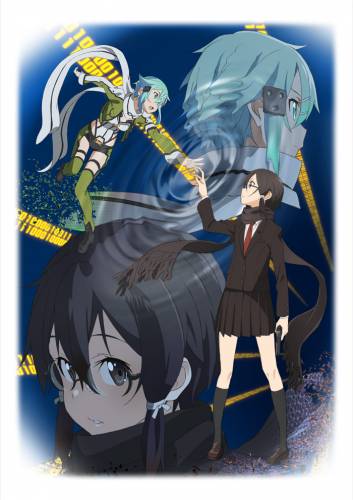 The anime's announcement was made during the premiere of the Sword Art Online: Extra Edition special and on the franchise's updated website. The website gives the new arc the subtitle "Phantom Bullet." 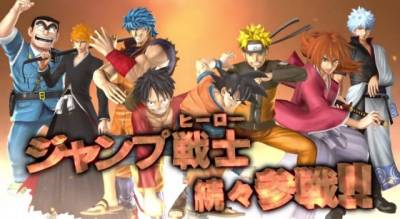 The premise of the game is "J Battle Festival, a dream festival that happens once in 45 years" and assembles heroes who exemplify friendship, hard work, and victory.

In the spirit of friendship, the game supports 2 vs. 2 team battles in dream matches that crosses the borders between titles. Players can unleash combination attacks never possible until now, some with the help of support characters.

Players can attain victory in several game modes. J Adventure Mode tells an original story set in the vast "Jump World." Players can assemble characters and embark on voyages throughout "Jump World" with a ship. Players can collect "J Points" for cards in battles and adventures as well as items in the J-Point Shop. They can then use the resulting J-Stars Card deck and points to level up their characters and ships.

There is also a Victory Road campaign, Free Battle, Online Mode for 2 vs. 2 battles, and a Gallery Mode with an illustrated guide to all the J-Stars along with their voice samples and fighting patterns.

Psycho-Pass 2 to Debut in October, Followed by Winter Film 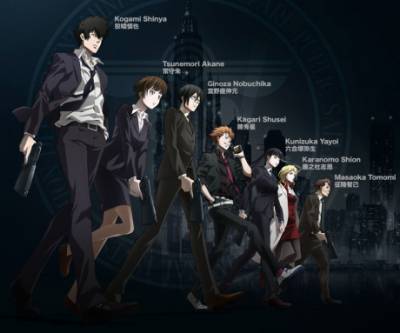 Fuji TV announced during its Noitamina Line Up 2014 event on Friday that the Psycho-Pass 2 series will premiere this October, followed by the Psycho-Pass movie this winter. In addition, a "new edit version" of the original 2012 television anime series will air starting this July.