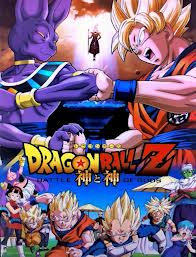 Click Here to See
Nekomonogatari (Black) Anime's Promo Streamed
Aniplex streamed a promotional video for the anime adaptation of NisiOisin's Nekomonogatari (Black) novel on Friday. The anime will premiere in Japan on December 31 from 10:00 p.m. to 12:00 a.m. (JST).
The anime will debut in a synchronized broadcast on the video-streaming service Niconico and Japan's Tokyo MX and BS11 television channels. Niconico held an announcement event for the anime on Friday.
Nisemonogatari director Akiyuki Shinbo is returning as the anime's general director, and Nisemonogatari series director Tomoyuki Itamura is directing at the studio SHAFT. Shinbo and Fuyashi Tou are in charge of series composition. Akio Watanabe is again serving as character designer and chief animation director.
The original novel contains the "Tsubasa Family" story, set between Kizumonogatari and Bakemonogatari, with the character Tsubasa Hanekawa.
A premium screening of the anime was previously planned in Tokyo at the end of the year.
Click Here to see the Trailer
December 4 of 2012
Dragon Ball "Battle of the Gods” Casts

The excitement for the 2013 Dragon Ball Z anime movie got thrown a bit of a curve ball when the promo poster for Battle of Gods featured Goku fighting a being that looked a bit like Egyptian god Anubis... or more generally remarked upon, a purple bunny rabbit. That new character now has a name and voice actor.

God of Destruction Bills will be played by the Japanese voice of Roger Rabbit... and Spike Spiegel(Cowboy Bebop)  and Ghost in the Shell's Togusa - Kouichi Yamadera.
The other new character appearing below is Wiss, played by Masakazu Morita (Bleach's Ichigo). 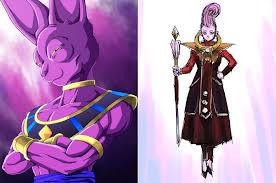 katekyo hitman reborn manga ends
Akira Amano is ending the Reborn! manga in the 50th issue of Shueisha's Weekly Shonen Jump magazine on Monday. Shueisha will publish the 41st compiled book volume on December 4, and the 42nd and final volume will follow in March. Weekly Shonen Jump asks its readers to look forward to Amano's next work.
Viz Media published the 16th volume of the manga in North America in 2010, and Crunchyroll and VizAnime.com are streaming the anime adaptation outside Japan.
Top 10 Most Memorable Anime Rivals
The BigGlobe site has submitted a new list based on a made polling more than 3,000 Japanese Otaku, where this time presents the Top 10 most notable rivals of the Anime.

November 14 of 2012
Animes that are releasing new episodes every week with his last episode so far.

Nintendo Wii U
Nintendo of Japan has announced Wii U’s Japanese release date and offerings.
The system will be made available on December 8 in two models: